Climate change is really taking a toll on Mother Nature all over the world. Formally known as global warming, this weather crisis is causing massive temperature fluctuations throughout the year, the melting of the polar ice caps, and reducing the habitats of many animals.

One of those regions includes the rivers of North America, which have also suffered from climate change. Although you might not hear about it every day, there is an ongoing issue with some of the primary waterways through the United States. From the Colorado River to the Hudson, these once-abundant rivers are not what they used to be decades ago. Check out the most endangered rivers in America.

This river is the last free-flowing river in the state of New Mexico and is a tributary from the Colorado River. Many animals call the river home, such as the yellow-billed cuckoo and the Southwestern willow flycatcher.

The reason the river is so endangered is that there is a plan to divert water from the rivers towards the communities as water supply. Critics have been very outspoken about the project, stating that it would reduce the populations of the creatures mentioned earlier and strain the river’s water supply even more because of climate change causing drier conditions.

Climate change has also led to elevated sea levels and has caused worse hurricanes to make landfall each year. This extreme difference has resulted in the building of storm surges to keep the water levels of getting too high. In effect, this has led to the reduction of water supply to the Hudson River.

Conservationists have said that there are better ways to save the low-lying areas of New York that do not involve storm surges. Their placement disrupts the natural flow of the currents and actually causes pollution to gather and stew at the river of the mouth.

The Mississippi River is prone to significant flooding due to climate change. In 2011, the river overflowed and caused billions of dollars in damage. This pattern has led to human response taking measures to prevent the same thing from happening in the future, such as the construction of illegal levees.

However, it also has caused the endangerment of riverside habitats, which are used by hundreds of animals. Not only that, but this change is making floodwaters worse downstream. Why? Because the levees narrow the river upstream, this increases the speeds of the flowing waters.

The Green-Duwamish River is the primary habitat for the chinook salmon, which is the primary food source for the endangered orca whales. It has also faced heavy industrial pollution, which had greatly affected the water quality that spills out into the ocean.

Flood control seems to be the most natural solution to this problem, but that is the reason that this river has become endangered since the measures taken have reduced the salmon populations. Moreover, because of the reduction of groundwater, the trees along the river’s coast have started to die out, leading to reduced shade. This result, in turn, drives to increased evaporation of the river and higher temperatures that make it difficult for the salmon to thrive.

This river serves as the main habitat for salmon and steelhead trout, but these populations are being threatened by the dam systems put in by the U.S. Army Corps. They have fewer opportunities to make it upstream for spawning purposes, which has dramatically reduced their populations.

Conservationists have proposed that modifications be made to the dams so that more fish can be allowed through. These modifications could also mimic the natural flow and ebb of the river so that it feels more natural for the fish.

The Chilkat runs close to the tribal village of Klukwan, which the people rely on in their daily lives. It is a breeding ground for salmon and also provides food for the bears and bald eagles that also live in the area.

However, a joint venture between a Canadian mining company and a Japanese firm is seeking to mine the river for minerals and metals, such as zinc, silver, and gold. This unfortunate opportunity could lead to the contamination of the water, which could kill the fish population and lead to water poisoning of the village.

The Salmon River is aptly named because it is home to large populations of salmon. However, there is a significant threat to their population from proposed mining projects. The area is just recovering too from previous mining expeditions that cost the state several million dollars to clean up.

So to have another mining project in the works can threaten things all over again. The company that owns the area, Midas Gold, has stated that they have taken measures to mine and restore the area, but conservationists are skeptical. The water quality has improved a lot over the years, so it would be back to start mining all over again.

This river winds through the Ozark Mountains and has become a popular tourist destination for fishers and kayakers. However, it is not climate change that’s threatening the quality of the river. Instead, the presence of a Concentrated Animal Feeding Operation run by C&H Hog Farms is the real problem.

To be more specific, it is because of hog poop. The feces are washed away into one of the tributaries that leads into the river, contaminating it with E. Coli and blooms of algae that can choke the natural life of the river. Because of this, the state has denied a permit to C&H to continue operation, but they appealed the decision by the court and are still running to this day.

The creek flows outside of Columbus, Ohio and empties into the Lower Scioto River. It serves as a breeding ground and home for rare fish and mussels, as well as being a relaxing ride for canoe-goers.

However, urban development has threatened the habitat of those that dwell in the tributary. Areas around the creek have been kept safe from development, but some builders are working just outside of the boundaries. Citizens are concerned that sewer runoff from these developments will contaminate the water supply. Builders have argued that their project is necessary because of the housing shortage.

The Stikine River is the fastest free-flowing river in North America and runs from British Columbia all the way to southeast Alaska. It is also the primary water source for several indigenous tribes in the area. This river is one of the hot spots in Alaska when it comes to boating down the river.

However, it is threatened with active mining, which can send toxic metals into the water. Also, because the area is seismically active, that makes the chances of something going wrong even higher. Indigenous communities have petitioned the U.S. government to review the situation and come up with a solution to keep the river protected.

Smith River runs through a limestone canyon, housing wild trout. It is 60 miles long, so it offers a fantastic multi-day trip of floating or boating that visitors definitely enjoy. However, people have to get a permit first before they can enjoy everything this river has to offer.

The purpose of the permit is to keep any impact on the river at a minimum by keeping it maintained. This idea continues to make the area profitable so that it can continue belonging to the people instead of being mined by Sandfire Resources America. A permit was acquired to develop an underground copper mine, which environmentalists have fought against for years. Hopefully, the laws put into place will ensure that the mine is designed in such a way that the quality of the water is not affected.

It was placed on the endangered list of rivers in 2016, when it was shared between Florida, Georgia, and Alabama. This notion was on the basis that the Apalachicola River had outdated water management systems that were not effective at getting the job done. In turn, the governors of all three states to quickly sign an agreement to share water and protect local rivers.

The problem really resided with Georgia being more upstream and requiring more water for the city’s use, leaving Florida’s river and bay drier than usual. Agreements have been arrived at since then to help control the flow of water without depriving either state of meeting their needs.

The Colorado River is vast, encompassing parts of seven states in America and two Mexican states. However, the river, which is approximately 1,450 miles long is endanger. Since settlers decided to move out west, the Colorado River has never met the Pacific Ocean. It is used as a supply of drinking water for over 36 million people. Tourists also enjoy rafting down the river, and it is home to many species of fish and birds.

However, because of its extensive use in also watering crops, there is the threat of it running dry. Efforts have been taken by many conservation organizations to keep the river thriving and preventing it from drying out from overuse.

If you are looking for wildlife, the St. Louis River is home to moose, timber wolves, northern pike, black crappie, and wood turtles, just to name a few of the species in the area. And that list does not even mention any of the 163 bird species that live around it too. One hundred ninety-four miles long, the river leads to Lake Superior, which is one of the largest tributaries in the Great Lakes system.

The lower side of the river is excellent for whitewater rafting too, but it was once heavily impacted by industry, leading to it becoming one of the most polluted waterways in the state. It took roughly one billion dollars to completely restore it, though there are still dams used for hydropower that interfere with the fish and increase the accumulation of mercury in their systems. 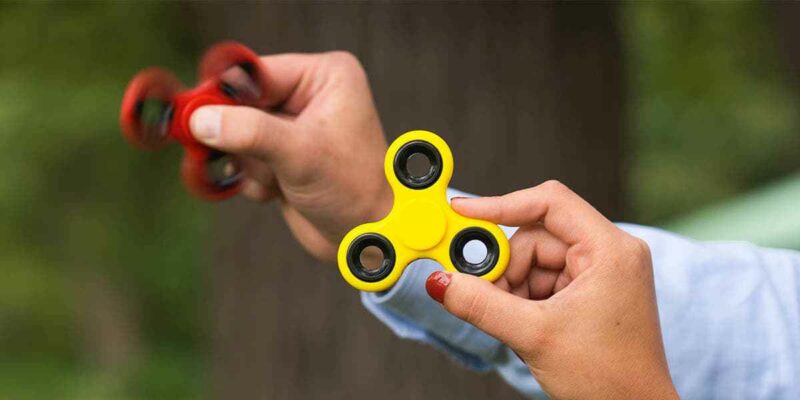